Quantum Chocolate: Hot or Not?

Do you know how to measure the speed of light with Hot Chocolate?
1) Put a bar of chocolate for 20 sec in a microwave until hotspots develop (be careful with your fingers).
2) Measure the distance between hotspots, this is half the wavelength (lambda) of the microwaves in our oven. Think about standing waves.
3) Multiply the hotspot spacing by two and then again by 2.5 GHz, the frequency (f) of the waves in your microwave oven. The result, according to c  = lambda x f, is the speed of light.  Microwaves travel at the same speed as light, since they are part of the electromagnetic spectrum, just not as excited.

Too much physics? Then just stick the chocolate in a cup, crank the microwave to 110% and follow our delicious hot chocolate recipe and enjoy:

Quantum Hot Chocolate (Horchata Version)
Note right ahead: the chocolate is not going to mask the Horchata, it is going to amplify it!

To make the Horchata:
If no Horchata is available, it needs to be done from scratch. To do so, rinse rice under cold water. We will then add almonds, vanilla, cloves and cinnamon sticks, cover the bowl and let it rest in the refrigerator overnight. When the sun goes up again, blend the mixture to break up the rice corns. Next, separate the liquid by strain the mixture through a fine mesh in order to get rid of the rice chunks. Keep the resulting Horchata refrigerated until use, and stir it up before that.

To advance the Horchata towards hot chocolate:
Heat up 125 ml of water over medium-to-high heat and whisk in cocoa powder. Then add the Horchata and return to a simmer. Now it is time for the final: Add chocolate pieces, chili powder and ground cinnamon. Stir until the chocolate has melted in. Should it be too thick, add a bit of Horchata to reach the desired consistency. Serve in mugs topped with coconut whipped cream and chocolate shavings. 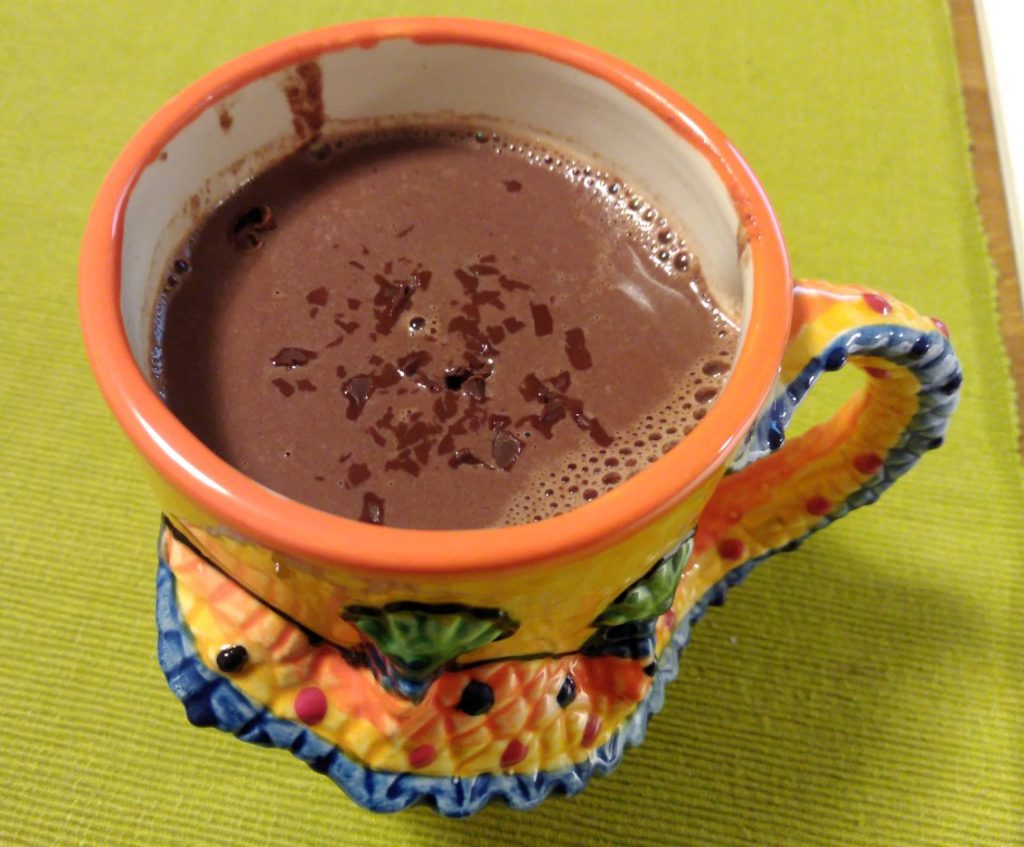