How to kill a photon to let information alive

Imagine a far away galaxy, where lots of fun is going on, fireworks, happy hours, events; light coming out from super-trouper spotlights, every color photons emitted toward every possible direction and dimension, even the fourth, the fifth and many more. Photons travelling millions of light-years, undisturbed, well sometimes deviated by gravity attractions and nasty black holes, but still fierce and sturdy running fast all the way toward the future, dodging dark matter, overtaking interstellar ships. Some get lost, others get scattered, only a bunch stay together, still toasting while entangling dangling conversations.

When suddenly they enter into our galaxy, eluding stars, still preserving their color and happiness, their fast pace and wavelength, though with some fluctuation due to changing mood. They are only a few now. They cross the atmosphere, they shun pigeons’ wings, they reach a laboratory they jump into a lens, then into an optical fiber, and then again through a waveguide, still zigzagging… when suddenly a Single Photon Avalanche Diode detector is there.. waiting… and right there… in less than a picosecond, within a braking shorter than half a micrometer… the last one photon is killed! It gets absorbed within the detector, it disappears… A death, a light quantum is gone.

However, one electron and one hole, Adam and Eve, are generated, and they multiply and thrive and prosper and give birth to millions of other electrons and millions of other holes! And an electronic transistor senses this new life and output a pulse. Life survives! A photon gave birth to a pulse of million couples that shout loud to preserve the information that a photon came to visit us! Thank you SPAD, thank you electronics.

Microelectronic detectors and processing for photon counting and timing and imaging

Researchers at the “SPADlab” of Politecnico di Milano, Italy, have developed SPAD detectors in Silicon, InGaAs and Germanium semiconductors to detect the ultimate quantum of light information, a photon, being either visible or near-infrared or ultra-violet. The cointegration of SPAD arrays and in-pixel microelectronics enable the deployment of chips for measuring the intensity of extremely faint light signals, down to few photons per event, the waveform of extremely fast events, down to few picosecond.

Such a single-photon counter and timer enables quantum communications. And many other biological and astrophysics applications. 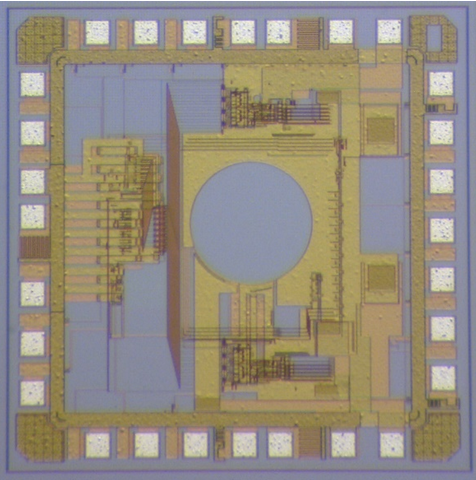